CLEAR THINKING – Thoughts from the great and the good

There is no reason for any individual to have a computer in their home”
Kenneth Olsen, president and founder of Digital Equipment Corporation in 1977

“Next Christmas the iPod will be dead, finished, gone, kaput.”
Alan Sugar in 2005 – the iPod went on to sell another 358 million units after Christmas 2005.

Alan Sugar and his Amstrad 64k

“The Americans have need of the telephone, but we do not. We have plenty of messenger boys.”
Sir William Preece, chief engineer of the British Post Office, 1876.

“I think there is a world market for maybe five computers.”
Thomas Watson, chairman of IBM, 1943, pictured right. 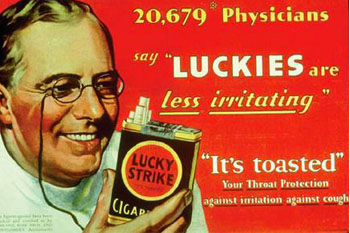 “For the majority of people, the use of tobacco has a beneficial effect.”
Dr. Ian G. Macdonald, Los Angeles Surgeon, as quoted in Newsweek November 18, 1969

“Solutions are not the answer.”
Richard Nixon, former U.S.President